I have a jar of red bean from. Er, I don’t know when. They generally keep really well but they are occupying a jar I want to use for something else, so I decided I will make some sweet red bean paste and make some tasties out of it. (spoiler alert: they were not 100% successful in execution, but hey that is why you read this blog right? for little failures)

The first step of using dry beans is of course, re-hydrate them. I soaked the red bean for 24 hours. Normally 8 hours should do the trick but these are old, and very dry. Even after 24 hours I am still getting some inconsistent results on the beans. Some of them have plumped up like the one on the left in the picture above. Some of them look more like the one on the right. The sensible thing to do is to get rid of the hard one and use only the ones that are properly plump. I was lazy and I thought maybe the heat will help them soften up so I went ahead to the next step.

So you cook the beans with water for around 2 hours, or until it all softens up and disintegrate a bit. Interesting fact: if you add sugar in the beginning of cooking, or anywhere in the cooking process before the beans are completely soft, the beans will not soften up. I made the mistake years ago trying to cook a traditional Chinese red bean soup and added sugar in the beginning and I ended up with “red beans with sweet water”. >.>

For your paste, if cooked properly, you can use them chunky. Or if you like then fine, you can smash them with a spoon. Like you would your mashed potatoes. It would be a bit less wet than the one in the picture. And here is mistake number 2. I wanted to try to make a chiffon cake with red bean, so I added the paste into my cake batter. What do we know about solids you just toss into the cake batter? 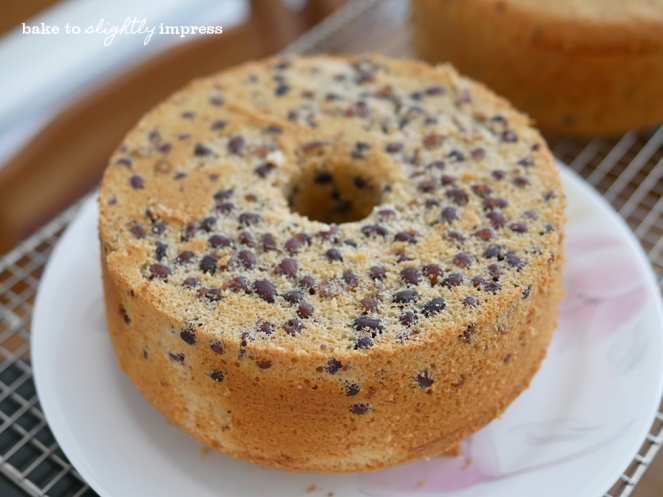 THEY SINK TO THE BOTTOM.

And that doesn’t look super. For people who already resisting the idea of a sweet bean dessert, this is doing nothing to help the image.

Funny enough. One of my coworkers thought this was chocolate chip on account of how crunchy some of these beans still are. He was positively SHOCKED that this was red bean. Everyone liked the taste of the chiffon, just as well they are not in love with it. Which is I guess, fine. So next time what I really should do is toss the red bean paste into flour before mixing them into the batter, that is supposed to help suspend any solids in batter to distribute more evenly. We shall try that some other time.

Actually correction, what I found challenging about the pancakes was making them the same size so they can make a nice sandwich. I always somehow end making a bigger side and the sandwich looks lopsided.

Or consistent sizing. But these turned out really good, I almost don’t wanna say they are a fail. I mean, except the chunky crunchy red bean paste but that almost was a non-issue in these. The pancakes were super fluffy they were so nice.

So there’s that. I wanted to share the recipes with you but I lost all of the bits of paper I have written them on. So I guess it will have to be another time when I try them again and succeed. >.> Oops.

View all posts by baketoslightlyimpress